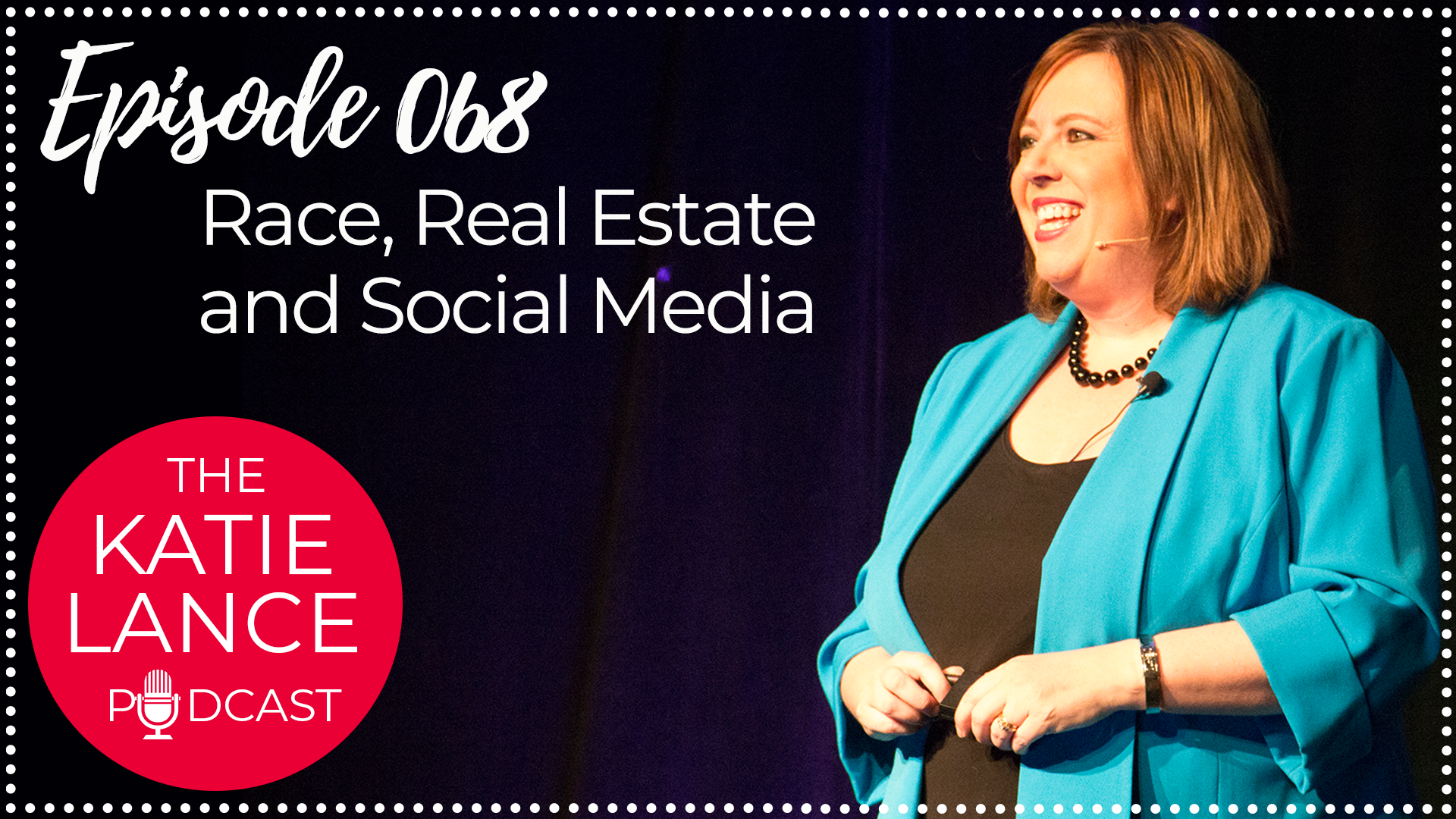 In this podcast, we are continuing a very important conversation around race, racism, real estate, and social media. Now, if you’ve listened to this podcast, you know, we talk about all kinds of things on this podcast from motherhood, to my business, to social media and everything else in between. But lately as our world has evolved and changed in 2020, one of the things that’s really on the forefront of so many of our minds are issues around race and racism. And certainly it’s not a new conversation, but I think for a lot of us and especially myself, as we’ve seen so much of the social injustice that has happened in our world, our eyes have been opened.

I know I can speak from my own experience that I have really had my eyes opened in a way that probably I’ve not had them open before in terms of what’s going on in this country when it comes to race and taking a stand for black lives matter and saying things like that publicly. I have to say, it’s been a little nerve wracking. It’s been a little uncomfortable, but as a white person it’s probably the least I could do, right?

I am working on becoming a better ally and a better friend and actively anti-racist and working on my own journey. As I shared in the last podcast episode, I’m going to be sharing more of my journey throughout different episodes on our podcast series here.

So this podcast is a very candid conversation between myself and fellow real estate and social media speakers, Marki Lemons Ryhal and Chelsea Peitz, about things like what to say right now, what to do right now, how to be a better ally, and what to post on social media during times of social injustice.

I hope you are able to listen to this interview with an open heart and open mind. Thank you so much to Chelsea and Marki for being a part of this conversation!