Are you active on Twitter? I love the platform and highly encourage you to be there if you aren’t already.

Today I want to share this really simple mistake that I see people making all of the time. When most people create a Twitter account they have their profile, their header, their bio – that’s all good. But one feature most are not utilizing correctly is the ability to pin a tweet.

So how can you grab the attention of those visiting your profile for the first and likely only time? How do you make that powerful first impression and let visitors know what you’re all about? Enter the pinned tweet. 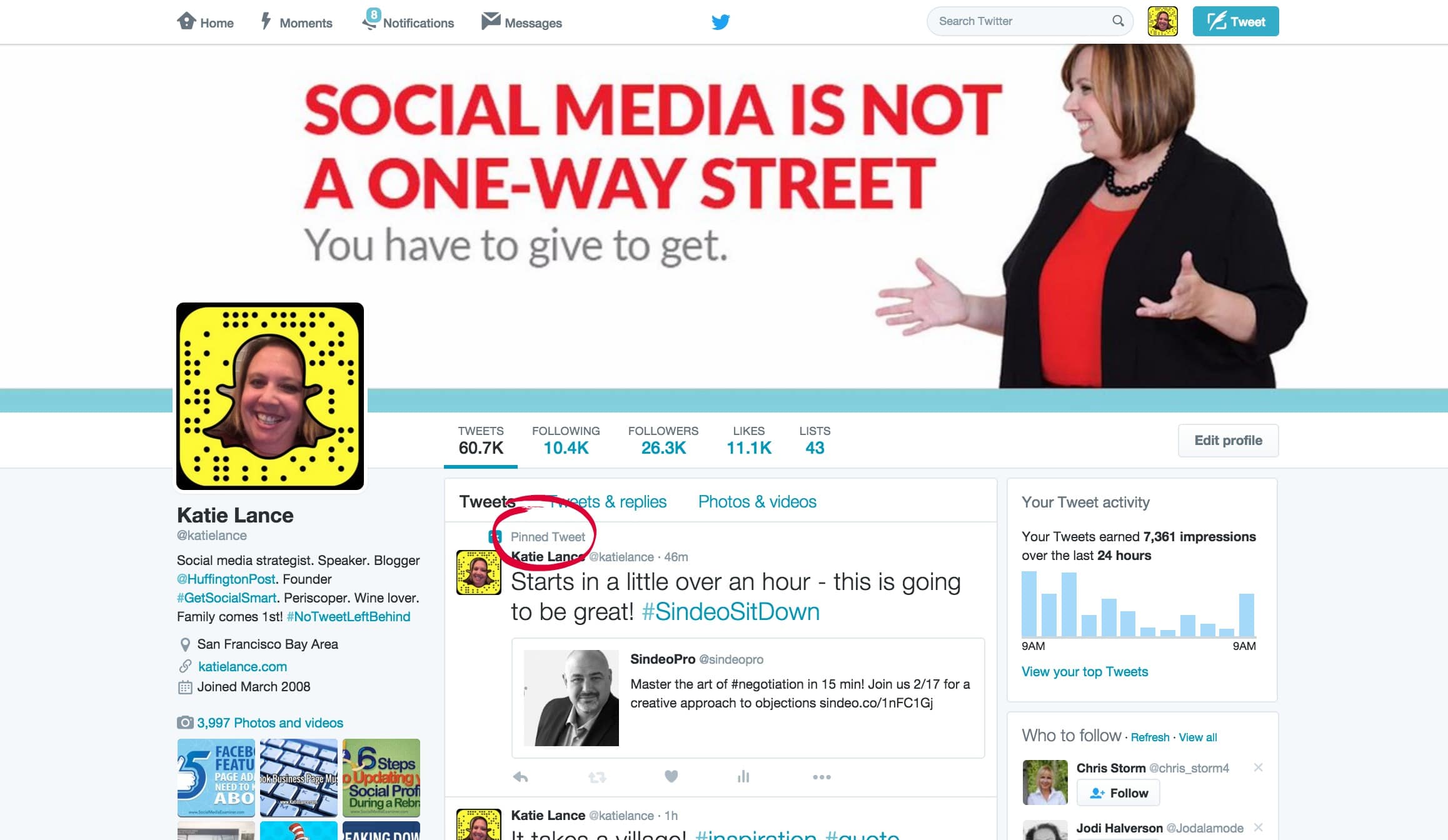 A pinned tweet is taking a tweet and pinning it to the top of your profile, basically telling people that this is a really important tweet. It’s a great feature that Twitter has and one that I use all of the time. I’m frequently changing out my pinned tweet…which leads me to the mistake I commonly see.

A lot of people either don’t utilize the pinned tweet feature at all, or they pin it and forget it – leaving them with an outdated tweet taking up this important real estate. If you have a much older tweet pinned, it gives people the impression that you are not active on the platform.

What I recommend is consistently changing out your pinned tweet. I do this on my account by pinning my latest blog posts or a program or an event that I’m promoting. 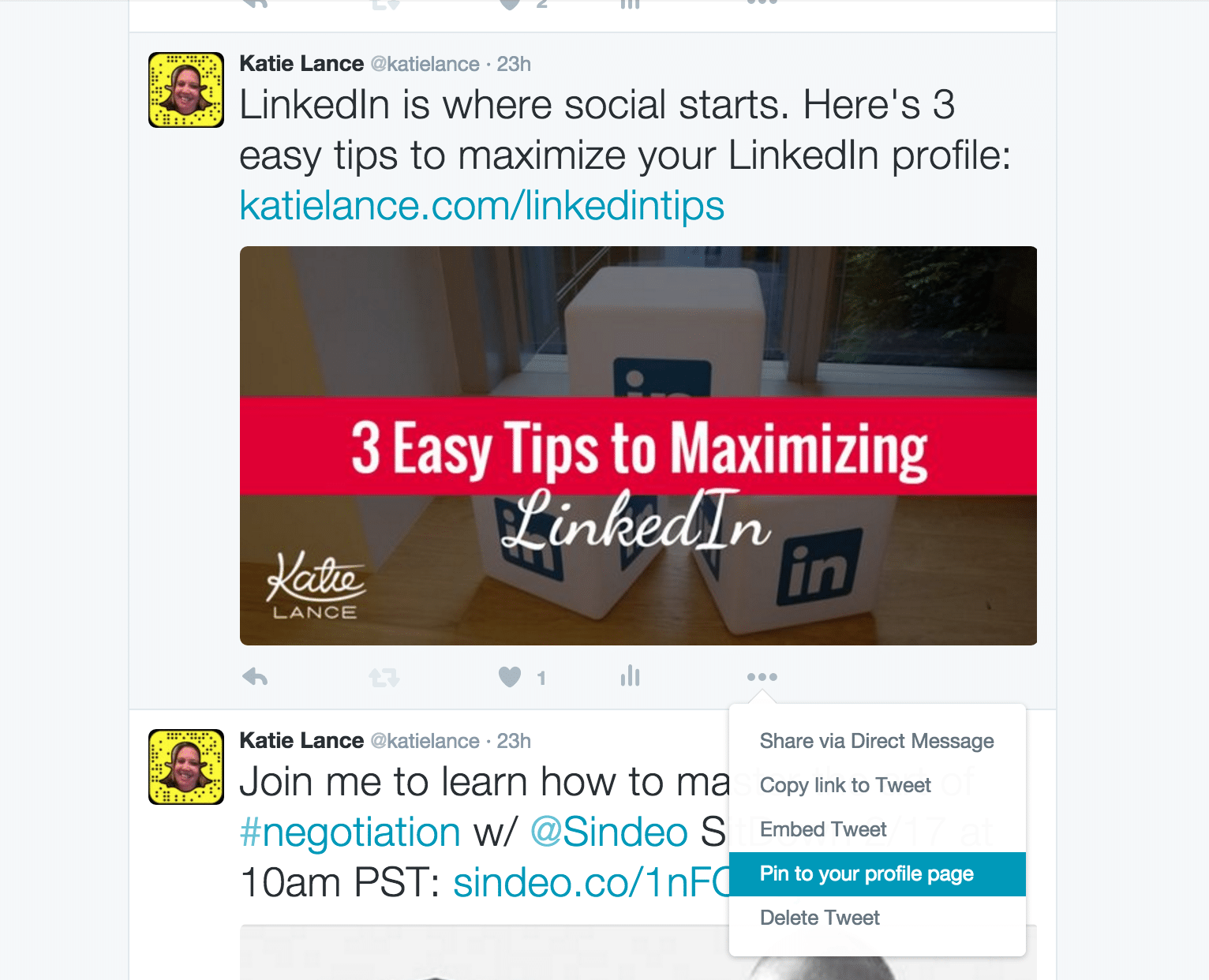 The way you pin is very simple. Click on the three dots on the bottom right of the tweet and select pin to profile page.

Don’t make this simple mistake on Twitter! Update your pinned tweet today and be sure to do so often – it will keep your Twitter profile feeling fresh and relevant.

Check out my Periscope on this topic:

How do you utilize the pinned tweet feature? I’d love to hear! Leave a comment below or head on over to our #GetSocialSmart Facebook Group and jump in the conversation.