Last week I had the absolute pleasure of attending and moderating a panel at the first ever Periscope Community Summit in New York City. As you know, I’m a huge Periscope fan and user, and after attending this thoughtfully orchestrated and engaging event, I’m even more convinced that Periscope is a social media game-changer. 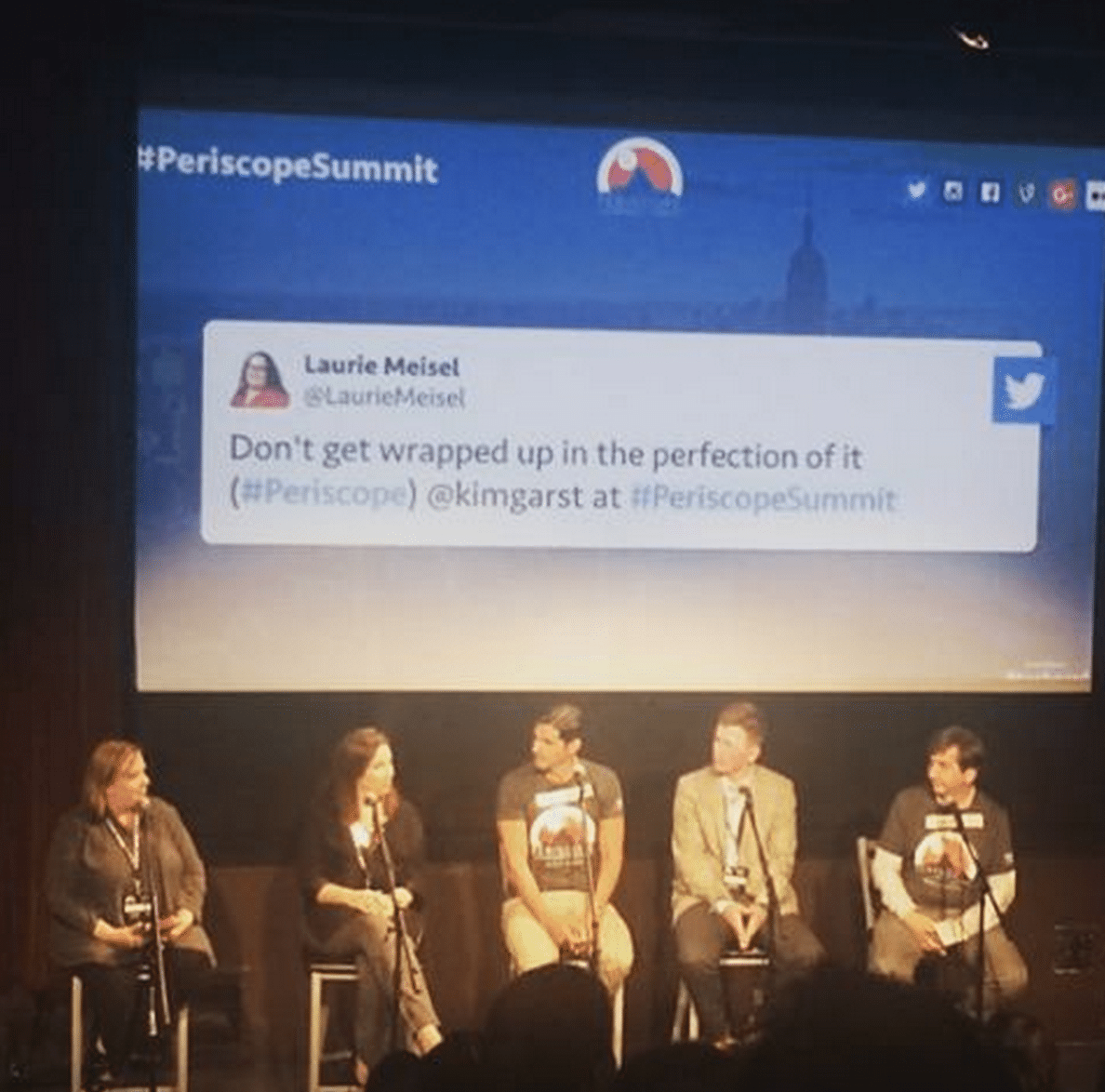 I had the honor of moderating the Scope for Social Good Panel – an amazing experience!

A huge highlight of the summit, for me, was moderating the Scope for Social Good Panel. I had the opportunity to meet with some really great people who are doing amazing things – using Periscope to bring awareness to charities and for educational purposes. This truly opened my eyes to the opportunities Periscope has for charities. For a lot of non-profit organizations their biggest issue is showcasing to their donors where their money is actually going to and what the actual problems are.

While photos are one thing, and producing video can present a high barrier, Periscope offers a tool to broadcast live – allowing charities to visually share their message. Not only that, Periscope is a platform that is allowing people to connect with people (not just the organization) which has been huge – and I believe will continue to be even more. Special thanks to my panel members: Caroline Avakian, Darius Arya, Derek Cowan and Euro Maestro for such an enlightening and enjoyable conversation! 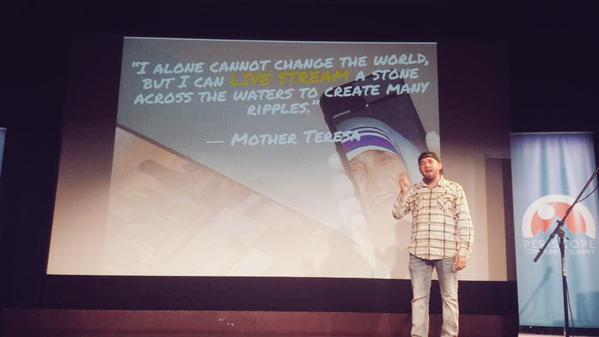 Another huge takeaway from the summit was the concept that we is greater than me. This was a topic that Brian Fanzo talked about in his closing key note speech, which I thought was awesome. He touched on the power of community – specifically the power of the Periscope community and how it’s different than any other social media platform in the sense that you get to know people faster and it’s much more intimate and raw. Through Periscope you are presenting an un-edited version of yourself, allowing your authenticity to really shine through and the community that is being built upon those authentic interactions is extremely powerful. 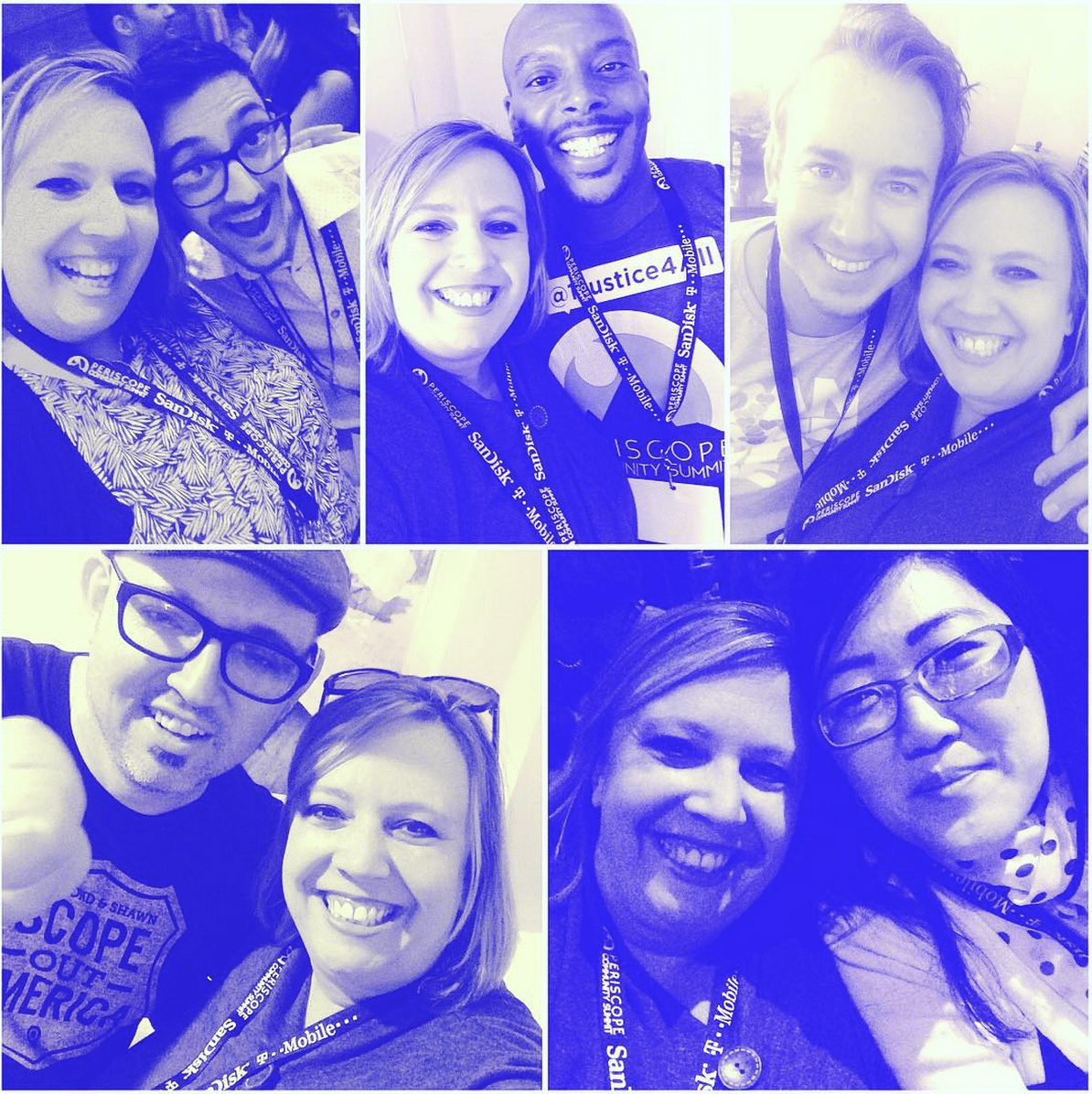 A collage of some of my favorite people I met IRL at Periscope Summit.

Finally, the summit re-confirmed the importance of face-to-face meetings – something that has always been one of the biggest values of conferences for me. As much as I love technology and social media, there really is nothing like meeting someone in person – giving them a hug or laughing over a cup of coffee or cocktail. The difference, however, with Periscope friends is that you feel a much stronger connection because you’ve seen them broadcasting and they’ve seen you and now you’re in the same room talking to each other. I found this heightened sense of connection very fascinating!

I also reached out to others to see what their top takeaways from summit were – here are some of them:

Were you at summit? I’d love to hear your top takeaways. Feel free to share in the comments or tweet me @katielance. Here’s a few more from friends:

Here’s a quick scope I did the morning after the event (still in NYC) reflecting on the summit:

Are you new to Periscope or maybe just ready to fully dive in? Check out my Advanced Periscope Marketing Class and Workbook on sale now for just $97! Click here to purchase >>