You’ve signed up for Periscope and maybe even done your first few broadcasts. If you’re like me, you’ve quickly come to love the platform and are realizing what a game changer live streaming is for the social media world. So now you may be wondering, how can you quickly grow and sustain a following? 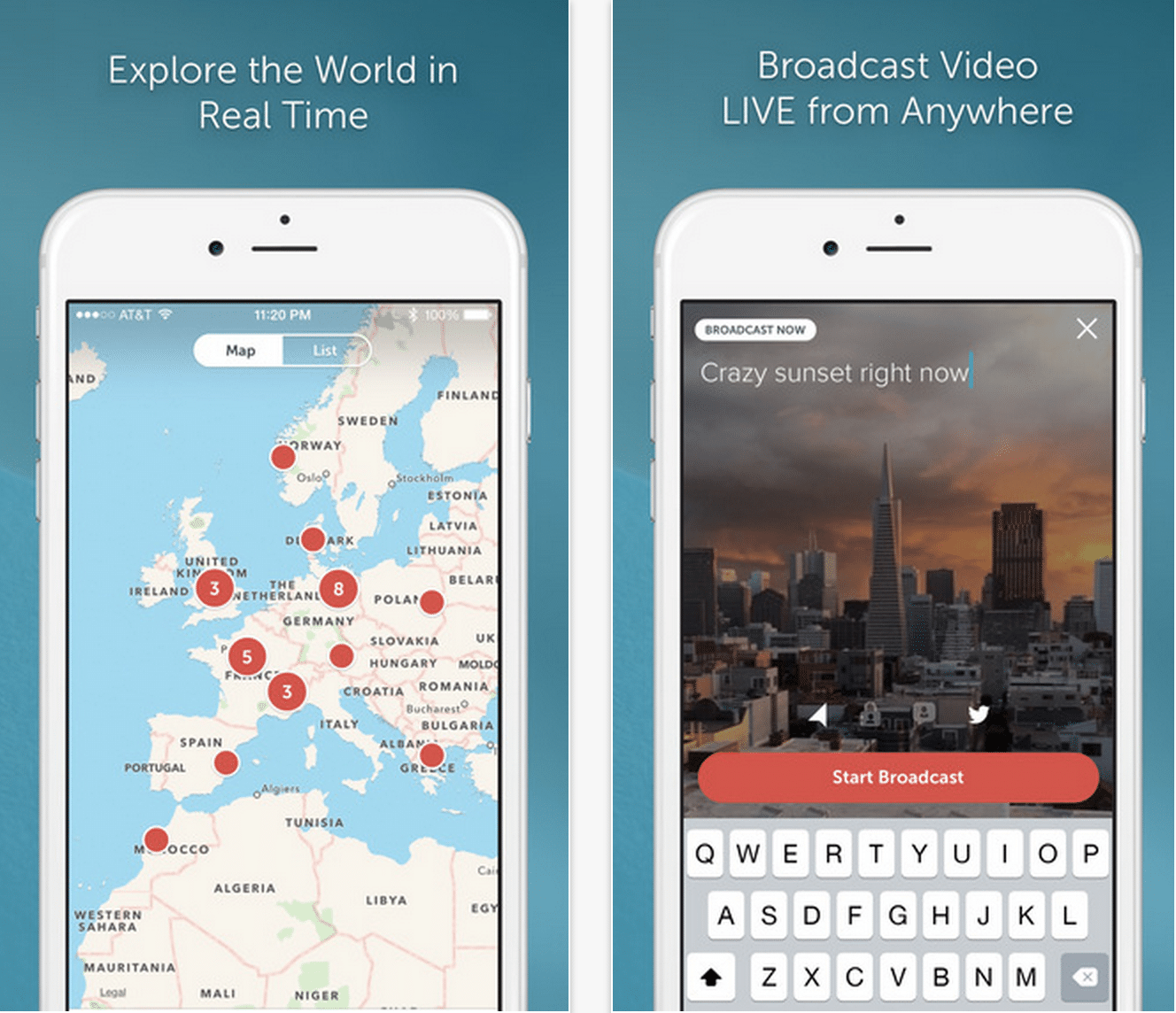 Periscope and other live streaming apps are shaking up the social media world. Are you scoping yet?

Having been on Periscope for several months, broadcasted over 200 times, and grown a great following which has resulted in a lot of new business for me – I wanted to pass along my tips for increasing followers:

1. Engage with people before, during and after your broadcast. There’s really 3 moments of opportunity to engage with people surrounding your scope. First, before the scope. I always try to do some pre-promotion on Twitter 5-10 minutes before I go live. Depending on the scope’s content, I’ll also often promote on Facebook – both on my Facebook page and in my group – especially if I’m going to be scoping about Facebook. Next, make sure to engage during the broadcast. I always like to welcome people and acknowledge comments. Finally, after the cast. After my broadcast, I will watch my replay (either right on Periscope or using Katch.me) and review all the comments. For those viewers who have really engaged with my scope, I’ll send them a tweet and thank them for watching. 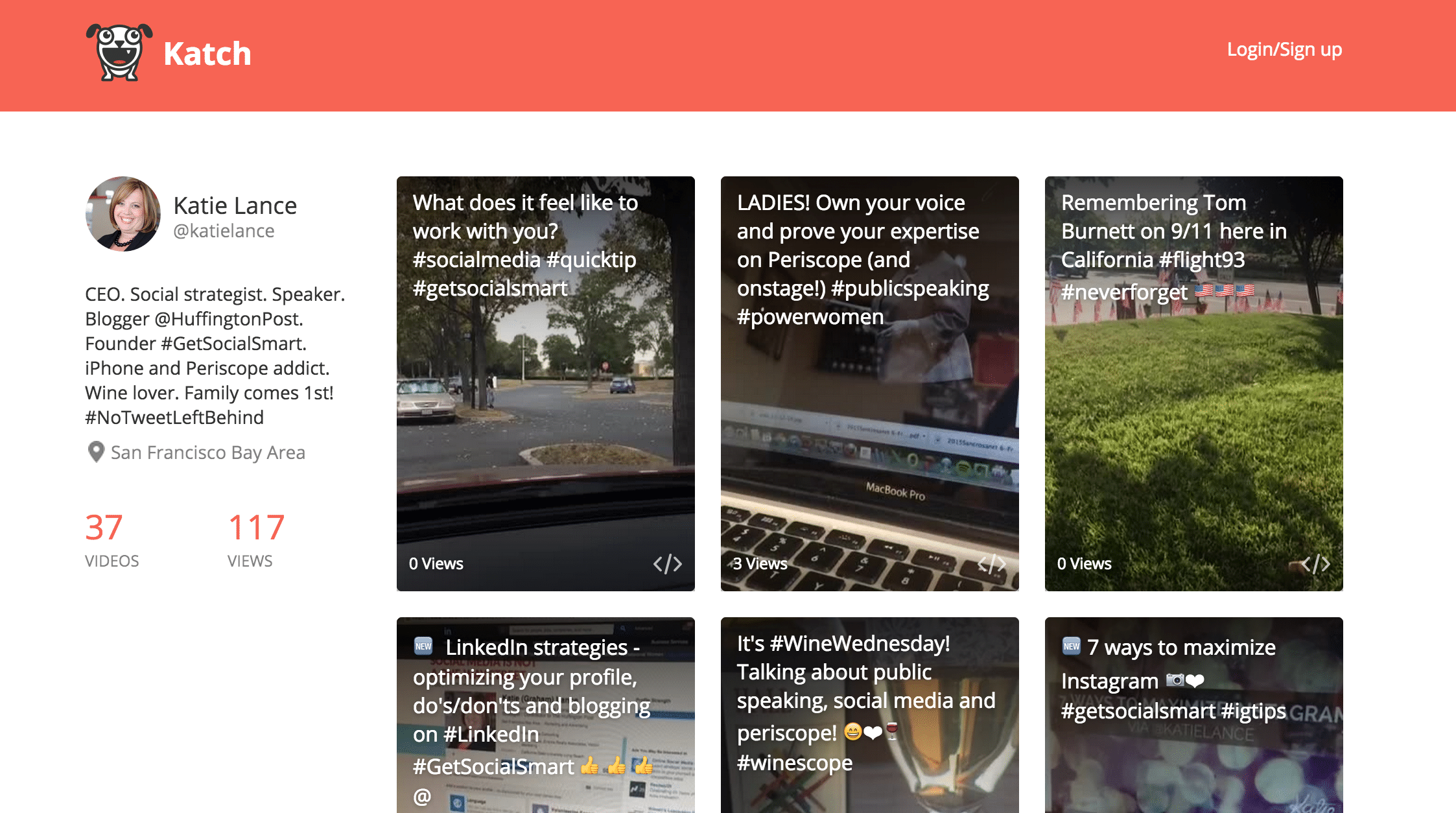 After broadcasting, watch your replay on Katch.me to identify and thank engaged viewers.

2. It’s all about promoting the replay. A Periscope broadcast only has a life-span of 24 hours on the app so it’s important to capitalize on that time. I like to promote it immediately following the scope, a few more times throughout the 24-hour period, and then always an hour before the scope expires. This is a great way to drive people to action and to motivate them to follow you, so they never miss a scope!

3. Give generously. You can’t just be on Periscope to sell, sell, sell. If you want to be a successful scoper, you need to GIVE – and give really good content. Like the saying goes, give and you will receive!

4. Be a part of the community. Here’s a huge secret for increasing your followers: spend 20 minutes a day in other people’s scopes. Be intentional about it. Don’t just watch a scope and lurk, say hello and engage with the broadcaster. When you start to become a familiar viewer, other broadcasters will begin to call you out and tell others to follow you. You’re supporting them and they’re supporting you – it’s a big win-win!

5. Finally, share responsibly. To get more followers (and also to not lose followers) be selective about the broadcasts you share. This is a lesson I’ve learned from personal experience. When I was first on Periscope I was so excited, I was sharing everything. Then a dear friend reached out to me and told me he didn’t want to unfollow me, but the notifications were getting overwhelming. So watch others’ broadcasts but only share with your followers scopes you find really spectacular.

Bonus tip! The more broadcasts you do, the better your audience is going to get. So keep on scoping! That consistent content is what is going to win you not just more followers, but a more relevant following too. 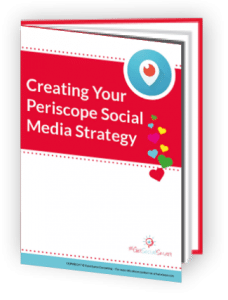 Are you ready to dive deep with your Periscope marketing and put your strategy into place? My Advanced Periscope Marketing Class and eBook/Workbook is available for purchase for only $99! Click here to buy now >>

Looking for more Periscope tips? Check out my tips for Periscope newbies and my insights on using Periscope for business. We also have some great Periscope conversations happening in our Facebook group.  Click here to join now >> 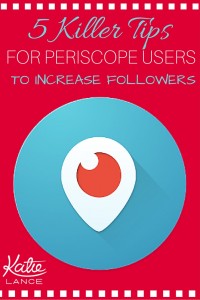