Did you know that native video – video which matches the platform on which it appears – gets stronger reach than any other type of post? That’s according to SocialBakers, which found that photos are no longer the optimal way for businesses to connect with fans. Instead, today’s growth opportunity lies in videos.

And why is that? Well, even though photos are no longer the number-one way to reach an audience, the market space is so saturated with them that not only is it more potentially profitable to enter the video space, it’s also easier to do so.

SocialBakers finds that 27 percent of all videos are promoted as compared to only 17 percent of photos, making videos the most likely type of post to reach audiences. They calculate that these figures add up to a 135 percent increase in organic reach when you post a video rather than a photo. However, as SocialBakers points out, you still need to pay attention to quality regardless of the content of your post. A grainy, nearly incoherent video is not likely to get as much attention as a high-quality photo.

Not all videos go viral, though. To improve your chances, make sure what you upload is of high quality.

When you’re working with native Facebook video, don’t be shy about experimenting. Since this is a new and dynamic space, there is plenty of room for creativity and new ideas. Play around to see which video reaches which group, while at the same time tinkering with content to see what catches peoples’ imaginations and ultimately their consumer dollars.

Experimentation is key to the success of native Facebook videos.

Here are some examples of companies doing an incredible job leveraging Facebook videos: 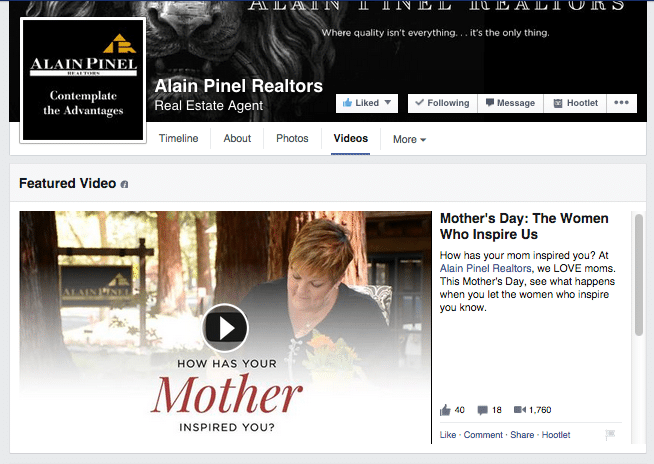 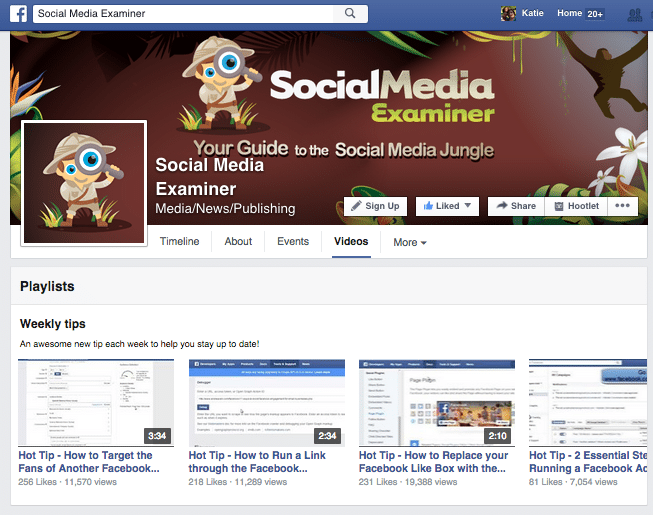 Social Media Examiner leverages playlists within Facebook videos to helps keep fans engaged in their content longer. They also do a great job at providing quick and timely information through Facebook videos.

For more resources, check out 5 Facebook Business Page Must-Haves and 5 Ways to Start Building Business Today with Your Facebook Profile.