One of the questions I get asked all the time is what the heck is a hashtag? And second of all, how the heck should I use it for my business? A hashtag is either one of two things. It’s either something kind of funny like, #justsaying or#sorrynotsorry. Or, it’s something that actually means something like, #DenverHomes or #SFrealestate.

Now, before we go down this train of hashtags, and are they worth it, why people use them, etc., one of the things to think about when it comes to hashtags is context. Let me just say first and foremost, hashtags work best when you use them either on Twitter or Instagram. The reason why they work best on Twitter or Instagram is because both of those platforms have a culture where it’s perfectly acceptable to use one, two, three, four. Hey, even on Instagram, you can use up to 30 hashtags. There’s sort of this hashtag culture that exists on Twitter and Instagram. Using hashtags on both Twitter and Instagram is a great way to build your engagement, and to also increase your reach beyond people that you know.

That being said, you’ll notice that I didn’t say Facebook anywhere on there. This is a big mistake I see people making, is that they’re using a ridiculous amount of hashtags on Facebook. Now every once in a while you might see a post of mine on Facebook, and you might see me slip in a hashtag here and there on Facebook. But the reason I don’t use a whole lot of them on Facebook is because for most people, nobody’s searching hashtags on Facebook. For a lot of people, it just looks a little spammy. Think about the last time you saw a post on Facebook that had 30 hashtags after it. You probably didn’t click like. You probably didn’t comment or engage. You probably just sailed right by. The key here is use hashtags in the right way. Now, you might be on Instagram and pushing your Instagram posts to Facebook.

When it comes to hashtags, which ones should you use? What I always recommend is use hashtags that are relevant to what you’re talking about. If you’re talking about a new listing in Denver, think about everything that has to do with a home. Maybe it’s #contemporaryhome #Denver #Colorado #Denverrealestate #Coloradorealestate.

As you start using hashtags, there will be certain ones that you use over and over again. So, you might want to just put all those into a Google document, or a Word document, or even like a Notes file on your phone, so you can easily copy and paste those. The last tip I’m going to give you about hashtags is there’s a great website I love. It’s free. It’s called Hashtagify.me. This is a great website where you can put in any word, any search phrase, and it’ll come back to you with the top 10 searched hashtags that are related to that initial hashtag. 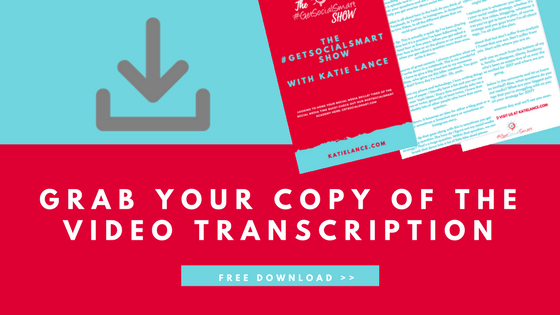 That’s it. There you go. Hashtag it up. If you have any questions for me, leave them in the comments below. As always, we would love if you would like, comment and share on this video!